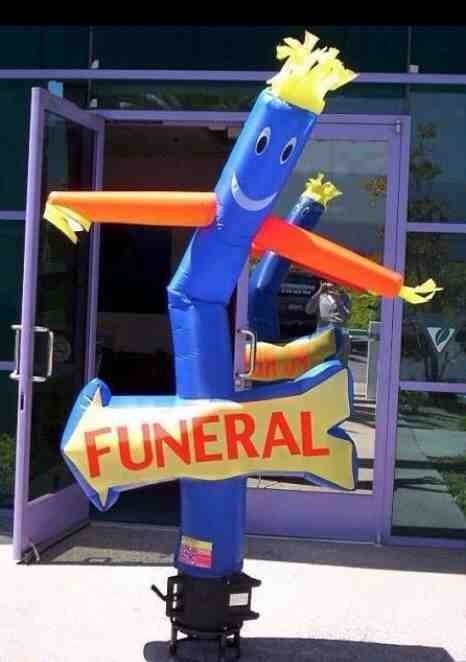 Today I mourn. I mourn great services that were blindly misled by venture capitalist off the edge of the world. I am afraid for tomorrow. The tomorrow where lore crushes fact, and value is as empty as smoke in the air.

I am referring to this evil belief that Data is more valuable than service. This practically worthless new product called Programmatic advertising. This false belief that your tiny bit of added value lets you hijack my advertising.

I am sure you are a bit confused about what I am referring to, so let me explain.

Once upon a time there was a great company; I was a very big fan of theirs. They made a great product that let you identify life events based on peopleâ€™s social interactions, and engage them in a meaningful way around those events. They were called Edealya, and I really like their founders. Their service was less about spamming users with offers and more about sharing in your social friends life events. When a twitter follower had a new baby, you would know and can send them a quick congratulations note. If you were a little more aggressive you could throw in a coupon code. The key was the same, this tool monitored for triggers around major life events and let you automatically set messages to engage them in a meaningful and scalable way.

This was a great service, with great potential, but somewhere along the way they heard that their data is valuable for programmatic advertising targeting. Now, that same great company does something much sneakier. They go to mobile app developers who have users login with their social profiles, and they piggyback off the app to see your entire social history. This means that when you login to a mobile game with your facebook account, this third party automatically sees every post you ever made on facebook, and cookies your mobile device and maps it back to your account. This company now not only knows that your desktop, tablet, and mobile device are the same user, but sees all your social interactions. They pay a few measly pennies for this access.

How do they use this data? They use it to buy advertising from the Real Time ad exchanges, to target you with more relevant ads.

Ok, so I donâ€™t care that much about privacy. Definitely not as much as most people. I believe that more targeted ads are a net benefit for me, and the world.

After all, I am not spending my money unless you provide a value to me, and I want to know about things that add value to me and my life. I am ok with better advertising targetingâ€¦

What bothers me so much is that in order to use this data to buy more effective advertising space, I need to buy my advertising through this company that has the data.

This is not new. Ebay has an ad network that lets you buy advertising space targeting people based on their interactions on Ebay. Again, this company turned their data into a way to hijack my advertising.

What do most of these companies do? They simply hide the true cost of the advertising from you, and charge a markup.

For all you know you are paying $3.00 CPM and they are only paying $.50 CPM. There is no transparency.

I understand this desire to squeeze the most profits out of your product. The problem is that it doesnâ€™t work!

The simple truth is that the difference between success and failure in advertising is buying your media for the right price.

Chango is a search display retargeting company. What this means is that if you visit Google, search for digital cameras, click on a website like consumer reports. They buy that cookie/data from consumer reports, and let advertisers target you with retargeting based on your search behavior. In other words, you can retarget someone who never landed on your website. They donâ€™t have transparent pricing, and they wonâ€™t accept a media buy under $20k.

Conceptually, this was a great idea. In practice, everyone I know who I asked about buying programmatic advertising from Chango said that it doesnâ€™t work nearly as well as they make you think. That even if it does give you a little lift in your effectiveness, the cost is too prohibitive to be worthwhile.

Chango knows if they sold their data transparently, it would be worth much much less, so instead they force you to buy the media through them. Without transparency, you are basically being ripped off. Before you realize it, you are $20,000 in the hole.

What bothers me is this trend that every company thinks they can become an advertising targeting middle man or ad exchange just because they own a little data.

Today I visited a site that I really loved. It is called dispop, and they used to be a crowdsourced banner design company where the winner was chosen based on the highest Click Through Rate. What a brilliant concept. Instead of letting your ego get in the way, they let the numbers do the talking and the highest converting ads do the walking.

What broke my heart is to see this great concept, that is affordable for most smaller advertisers now sells advertising instead of a great service. They reason that they own better converting ads and if you want to have your cake. You have to buy you cake directly from them. They simply markup your advertising.

This formula might work for large advertisers who are building brands, but for smaller advertisers, who need a simple solution with a fixed cost that plugs into their existing ad buying efforts, where everything works seamlessly, this becomes cost prohibitive.

Zenya, is a company that claims to have the biggest taxonomy of search terms in the world. I once met the founder at a conference and he said that no matter how large my keyword list was, he could do a gap analysis, and would easily uncover an additional 50,000 keywords for me to target.

That sound amazing. The problem is…they decided to become an ad targeting company. Now, they sell search display retargeting like Chango and others.

Every major media buyer I have spoken to has said the same thing about buying data. We tried it. It made sense on paper. It didnâ€™t work. The added value of the data did not justify the added costs.

This really bothers me, because all of these data providers have great ideas. Ideas I love. But, they are greedy, shortsighted, exit-driven, enterprises, with no soul.

Canâ€™t they see beyond the first sale? Why canâ€™t they sell their data in an open marketplace in a transparent auction setting, and let the marketplace determine the true value? Maybe I am old fashioned to think that long term value far exceeds the first sale. Maybe I am old fashioned to believe that the marketplace should decide where the value lies. Just look at Google, arguably the most successful media company online, yet they run an auction for their ad space, and they are really making bank.

Boost CTR, was one of my favorite companies. They had a great service where they wrote PPC text ads for you, and charged you $50 for each ad that had a higher conversion rate than the ad it beat, and paid the writer $25. A great concept, in a great market. The problem is, once they grew large enough, they priced out most of the market. Now, they are an ad testing suite of products with a writer network. They wonâ€™t talk to you unless you are spending more than $100k in advertising, and guess what...Thatâ€™s right, they charge a percentage of ad spend. Maybe their product is still great, I donâ€™t knowâ€¦ But from paying their writers $25 to charging thousands of dollars a month, that sounds like someone, somewhere is getting ripped off.

The bottom line is that every startup that thinks they have some minor competitive edge in advertising wants to own your media buying. They Want to take a bite out of your rightful profits, and hide the true cost and miniscule value they create.

What a shame. If all this data was sold in an open marketplace, in an auction setting, and you had the ability to programmatically pick and choose which data sets to augment each other with and use it all to pick and choose the impressions you buy. The online advertising world would be a better place.

I am all for making as much money as possible, but this unsustainable, smoke and mirrors pony show has only one place to goâ€¦ Up in Smoke!