Maybe you’re a visual person. You can see exactly how your ad should go. This person will be there and that person over there. It all makes sense…until you go to shoot it.

Then nothing looks right. Now you think Subject B should be over where Subject A is, and…oh, you really don’t know anymore.

Does this sound like your video marketing woes? You’re not alone. Most people who have a visual imagination are able to “see” a scene play out in their head. For some reason, the translation of our visual thoughts into reality doesn’t always work out.

1. What is a Storyboard?

Did you ever create an animated video in elementary school? How about a flip animation book?

It’s a simple method of creating video. You set a scene and alter it slightly in each frame.

Storyboarding is a simpler version of this. It’s a scene-by-scene graphical guide for your video.

If you’re creating an ad for your agency boss and you need to pitch it to him, this is the best way to do this. You can find a simple blank comic strip and use it as a template.

You’ll probably want to keep your storyboard simple, although storyboards for feature films are often detailed. They’re drawn by professionals. Unless you have it in your budget to hire a professional cartoonist, you will likely create the storyboard yourself.

Why Would You Need a Storyboard?

Your imagination might be strong yet something gets lost in translation when trying to direct a video. A storyboard is your visual guide in a dark place. It allows you to organize your visuals in a non-chaotic way.

You might think you need all twenty scenes floating around in your head. But once you draw them out, you realize, only half the scenes actually flow together.

A storyboard will save you time. If you start filming and something seems off, you’ll have to start over again. But if you can review your scenes before you start filming, you’re more likely to create the ad you want the first time.

There are tons of details you might not have thought about. Maybe a scene is empty when it should be full or too cluttered. Drawing in your characters and objects will allow you to better understand the dynamics of each shot before you even bring one actor out into the frame.

You’ll be able to better communicate your ad to your actors and your film crew. Some people aren’t very good at listening. They’re better at seeing. These people are going to need the visual aid of the storyboard to help them know exactly what you envision for the ad. 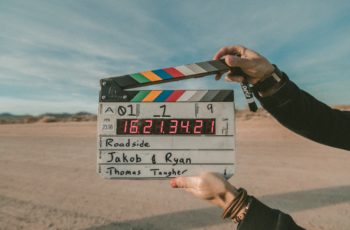 LinkedIn kind of gets left behind when we talk about …