Home
Marketing
Marketing for Teenagers: How to Attract Younger Audiences with Social Media

It seems the Millennials and the GenXers are to blame. We were the early adopters of Facebook and we became the “old people” on Facebook as soon as we grew up and started having children.

“It’s kinda lame,” 13-year-old Jace of Virginia says. Facebook is his father’s world not his. Other teens cite the fact their parents post embarrassing photos on the platform. Imagine what it would have been like if our parents could have posted those embarrassing camcorder VHS recordings of our childhood exploits on the internet for the world to see. You’d avoid their domain altogether.

If Facebook isn’t the place to find them and market to them, where did they go?

While teens are absent on Facebook, they’re not absent online. A good chunk of them are spending two hours or so online each day. Where are they and how do we reach them? Let’s take a look at that. Keep scrolling to find out.

1. Where Are All the Teens?

To most Millennials, Snapchat was a fad that quickly faded. I wrote an article in 2018 about how Kylie Jenner had single-handedly cost Snap Inc. $1 billion in market value. I realized then that I too hadn’t opened Snapchat in months.

Since that article, Millennials have been retired as the go-to marketing target generation. We’ve been replaced with GenZ and beyond. The funny thing is, what Millennials saw as a fad, GenZ saw as an opportunity.

They saw Snapchat’s anonymity and impermanence as a ward against prying parents and as an antidote to Facebook’s all-seeing-eye. Today, they’re still the ones using the platform the most.

Snapchat isn’t the only place you’ll find the teens today. Ironically, teens dumped Facebook’s flagship platform for their other platform, Instagram. This proves that teens didn’t dump Facebook for the same reason many Millennials are currently dumping Facebook. They don’t care about the “toxicity of Facebook” or whatever. They only care about what’s cool and what’s useful to them (or maybe they just want to be where their friends are).

Were We Any different?

Think about it. Facebook was the new hip thing when we were in college. Our parents couldn’t be on there. You needed a .edu email address. It was where all our friends were.

Our parents were still on AOL forums and using chatrooms. They were clueless.

Similarly, Snapchat and Instagram were the hip new platforms when today’s teens were growing up. They could escape there, flirt, tell secrets, and their parents weren’t the wiser.

Thus comes the quintessential question all movie parents face: “Were you really so different when you were younger?”

How Not to Market to Teens

Before we delve into attracting young people to your social media pages, let’s do a little homework. You can’t attract young people to any piece of marketing without understanding what they don’t like.

For example, Jace of Virginia tells us that Facebook is “kinda lame” but what does that mean? Why is it lame? Why does it appeal to his parents and not his generation?

I’m sure Facebook would love to know that answer and I would likely make a ton of money if I could answer it confidently. But it might be similar to why your marketing isn’t working to attract younger audiences. Facebook is too in your face.

Teens grew up with ads forced upon them from a young age. At least when we were kids, we could get up and walk away from the television. Teens carry the television in their pocket now.

According to Sarvasv Kulpati over at Hackernoon, teens don’t like being told what to buy. He says he’ll ignore an ad if it includes a CTA.

Instead, he pays attention to his tribe and their opinion of the product. If his friends think it’s cool, he’ll go for it.

You’re stuck with an odd conundrum. Teens only trust other teens or influential young people for what’s worth buying or using. You now need to convince other teens to buy your product if you want to attract this teen.

Instead of running your own ads geared toward teens, pay an influencer. While teens are aware of influencers and the money they receive from companies (many say they want to be an influencer and get paid for influencing other teens), they don’t see them a disingenuous. They oddly don’t see money as a corrupting power like a Millennial might.

They Can Sniff Your B.S. From Across the Globe

Teens use weird words to refer to normal everyday things. Recently the word “yeet” has been popping up everywhere. Don’t use it in your marketing. Like seriously, you’ll use it wrong. And if you do, I’ll yeet you onto the roof like Walter White’s pizza.

Teens can tell you’re posturing from a mile away. They know you’re not one of them and when you try to act like one of them, you’re suddenly as uncool as one of their parents.

Just because you inserted a bunch of GenZ words into your marketing doesn’t mean it’s cool. It’s like Boomers trying to “speak in emojis” and using the eggplant as a thumbs up. Like, ok, boomer, don’t do that, please.

Look at TikTok. Millennials make fun of other millennials for being on TikTok, but teens don’t. TikTok is pure entertainment. Most TikTok videos aren’t pretentious outside of silly play.

What Have We Learned So Far?

What then have we learned about marketing to teens? Be cool by creating products and services teens can use to be creative, silly, and fun. Don’t try and be cool by emulating teens, they can see through your act. Lastly, find influencers who know how to genuinely insert your product into their life and social channels (think honest product reviews if you need some direction).

How to Actually Market to Teens

We’ve learned what not to do. Let’s take a moment to find out what you should actually do to market to teenagers today.

Filters Are for Fun

Maybe, if this were, like, you know, the 90s, dude, we’d be using Surge filters on our Snaps or whatever. But this is 2020. Big brands just don’t get teens today. They’re stuck in the 90s.

Filters aren’t billboards for your face. They’re supposed to be fun and silly. Snapchat filters are supposed to make your friend laugh. There’s nothing funny about your brand plaster across or under someone’s face.

Design filters that interact with their personality. Focus more on the experience and less on your logo. you can brand the filter, but be sure it’s small compared to the fun bits.

You Have Less Than a Second

The world of social media moves at the speed of lightning. Teens are flipping through their Instagrams and flicking across their Snaps so fast you would think they were all machines. Thus you only have a split second to grab their attention.

In essence, one ad won’t cut it. You need to pop up over and over again for them to even see you. They’re more interested in the mad tricks their boi is doing than your ads.

These influencers need to be synergistic with each other. This means they use similar hashtags, they create similar content, and a teen who follows one will follow the other.

If you succeed, these influencers will show up multiple times on a teen’s feed. And remember, teens don’t respond favorably to forced advertising (they don’t want to live in the Truman Show). They want genuine reviews.

Give your influencers free rein to review your products honestly. Sure, they’re getting paid by you, but this doesn’t mean they have to lie about your product to their followers. There should be a certain amount of trust between follower and leader and if you ask your influencers to lie, teens will stop trusting the leader.

Back in my day, if you were on Twitch, you’d simply upload your Twitch stream to YouTube and hope people followed you. It was a fairly niche service.

Today, Twitch streamers are on Twitter, Instagram, YouTube, and Facebook. They produce high-quality videos on YouTube not of their streams but of other adventures. They’re doing reviews, duets, unboxings, cool tricks, and whatever else will bring people to their YT channel and ultimately to their stream.

Some of these multi-medium stars end up going big. They land tv-shows and concerts. If you hook your brand into these influencers while they’re still small potatoes, you’ll bring with you a following of teens who will be loyal all the way through to stardom.

You likely have a marketing budget. You want to optimize your budget and not overspend (which is easy to do in marketing). Marketing to teens can drain your budget fast. How then do you keep within budget and yet continue to market to teens?

Hit them right around graduation time/end of school/beginning of summer. They’re eager to shed their spring gear and get new stuff for summer. If they’re graduating and looking for apartments in places like davisapartmentsforrent.com/aggiesquare/, they’re primed for new gear for college.

If you’re in the business of clothing retail, prom time is a boom. Kids want to impress their potential dates. They could spend upwards of $500 on clothes during prom time.

They’re more likely using the free platforms like Spotify or YouTube. Optimize your ads for these platforms and take advantage of their advanced analytics software.

If you can go do demos for them, go do demos where they’re at. If you can afford real-life encounters, they and their parents will see first hand how your product or service works. Get your butt down to comic-cons and YouTube cons. Those are the places you’ll see the teens.

But if you can’t do things IRL, then make your content interactive and fun. Invite them to have conversations and “be real” on your channel. They crave authenticity and if they’re allowed to be authentic without being censored on your platform, then they’ll feel welcome there.

But be sure to moderate any conversations. Trolls quickly take over and they will drive your audience away. Take swift action to expel and report trolls who try to hijack your brand.

The big social media companies are getting better at giving users tools to handle trolls, but they’re still a little behind the times. This means you need to be on your guard against them to keep your space safe for teens.

They may not be on Facebook, but they’re out there. Go to where they are, be real, be relevant, and they’ll follow you to the moon. 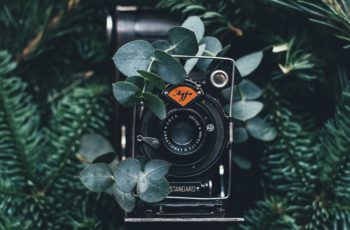 Maybe you’re stellar with words. You’ve been writing on your … 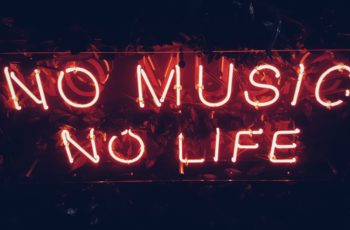 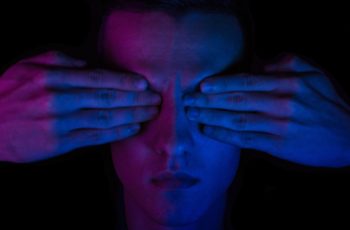 How can marketers influence people? There's this little thing called …