Home
Other
Getting More Work Done: How to Boost Your Employees’ Productivity Levels

85% of employees in a Gallup’s State of the Local Workplace survey said they were not engaged at work (or even worse, they were actively disengaged!). This has resulted in $7 trillion in lost productivity.

The problem with large numbers like trillion and billion is that they are hard to imagine. So, in order to imagine one trillion, we’re going to use time.

Now, do you see how much lost productivity costs? You wouldn’t trifle with such scale, would you?

Of course, as an employer, you’re not losing that much money. Your employees are contributing and they’re costing you more than their salary.

How do you fix this? Well, keep scrolling and we’ll find out together.

I once had to take a typing class in middle school. The teacher was this older woman who was the best micromanager on the planet.

During our typing tests, she would walk over and stand over our shoulders. She would watch our fingers and make sure we weren’t looking at our keyboards.

Oddly enough, the only time I felt I needed to look at my fingers was when the old bat was looking over my shoulder. I was a fast typer any other time.

This is micromanaging. It’s an untrusting attitude. People perform worse when they feel the boss doesn’t trust them.

Managing isn’t about control, it’s about direction. As a manager, you are the captain. You set the course for the department or company and you trust your team to take over from there.

People feel more rewarded by trust and autonomy than they do financial rewards. This is why it doesn’t matter how much you pay someone, if their boss is a monster, they’ll eventually quit and find greener pastures.

I’ve heard only one argument for combining sick leave and vacation leave into one lump “paid time off” cache. “It encourages people to stay healthy so their PTO can be all vacation.”

This is utter B.S. Instead of encouraging people to be healthy, PTO encourages people to go to work sick or avoid resting when needed. It also makes employees feel like management doesn’t care about their health.

Instead, do the opposite. As much as possible give ample time for both sick leave and vacation time. Even build in mental health days if you can.

If you want to go even farther, look into employee assistance programs. There’s more info out there about how to take care of your employees. Take advantage and you’ll find that your employees are both more loyal and more productive when they’re at work.

3. Invest in Your Employees and They’ll Stick to It

I once took a position nobody in the company knew how to do. The guy who had occupied the position had jumped up to direct another branch of the company and I was left to sift through his macro-system of insanity.

I eventually learned how to do the job, but I floundered at first (while looking confident, mind you.) But if my boss (she was the CEO so I don’t blame her honestly) had forced my predecessor to come train me, I probably would have become the best Quality Assurance director on the block.

As it was, I eventually became the best I could be with what I had.

You can do two things with this. One, you can make it clear you are open for questions any time your door is open and you’ll do your best to help. Two, you can ensure your employees have all the training and tools they need.

If your employees feel confident they can complete their job, then they will be more apt to promptly do their job.

Some people are against calling fellow employees “family.” I’ve heard arguments where people claim it creates an atmosphere of over-obligation.

This is an indication that those people have unhealthy relationships with their own families. So, be careful with this one as it could backfire.

I once worked in an environment where we called the management team our family. We went on a yearly retreat where celebration was encouraged and intimate friendship was allowed.

This may not work for every team. What it did for our team it may not do for yours.

In a “family-like” work environment, you feel comfortable talking with your coworkers about your struggles with work. Your coworkers are comfortable giving your pointers or just being empathetic without judgment.

A healthy family supports each other no matter what outside circumstances might bring. Employees who know they have a team they can rely on for both work support and emotional support will excel at teamwork.

I worked in an environment where we were dependent on state funds for continued existence. My job was to ensure that the company was adhering to state policies. Yet, I would go to bat for employees until it was proven they had intentionally broken the rules and put clients in danger.

This is how you treat family members. Even when they do something shameful or harmful, you give them the benefit until there is nothing left.

Be a Mother Hen

If you want your employees to succeed, you need to be their advocate. You need to trust them. You need to care for them like a mother hen without being an overbearing mother.

This is the only way you will gain the trust and loyalty of your employees. What are you doing for your employees today? How could you improve? Let me know in the comments below. 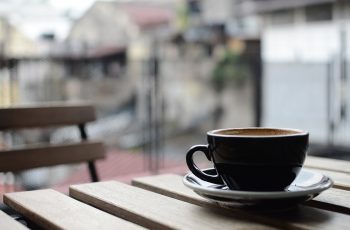 It’s Monday in December. The sky is grey and pregnant … 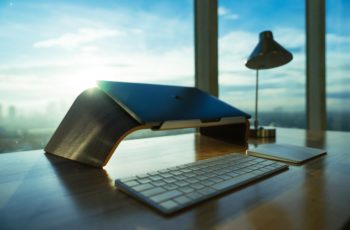 It’s the eternal struggle with working from home. You could …
Your company may be considering trying a virtual receptionist for …