Home
Other
For When You Feel like Giving Up: 5 Best Motivational Quotes for Entrepreneurs

Motivation isn’t just some natural talent. It’s a developmental phenomenon. The people who seem to have natural motivation were blessed with opportunities for safe exploration when they were children.

But our neurons aren’t stone-filled pathways cemented into our brains. We can change our brains and train them for success. Training might be more difficult for some than others, but it’s possible to succeed.

Motivation is mostly internal and yet outside factors can augment your current abilities. Words are an efficient motivator. They pique the imagination and encourage further exploration.

Below you’ll find a few quotes to help keep you trucking on. Let’s get inspired.

1. Pliny the Elder on the Impossibilities

“How many things, too, are looked upon as quite impossible, until they have been actually effected?“ -Pliny the Elder

Is what you’re doing actually impossible? Sure, it might seem impossible in the moment. You’re facing finite time and you are a limited creature.

But have others done the thing you’re doing before? Now it’s not impossible. Even if nobody has done it before it may not be impossible. Just look at Goddard. Nobody had sent a rocket to space yet and he did it.

Instead of sitting there saying “this is impossible,” break up your task into small “possible” bites. Focus on one bite at a time.

“It’s only those who do nothing that make no mistakes.” -Joseph Conrad

If you quit now, you won’t make any other mistakes. You’ll go back to your 9-5 or to whatever life you had before. You won’t lose the countless hours you will spend building your business. You won’t lose clients because you hired the wrong employees.

But where will you be really? Your entire existence will suddenly be dependent on “the man” rather than your own work. You won’t feel in charge anymore.

Go. Do. Make mistakes. Eventually, you’ll get it right.

“Keep away from people who try to belittle your ambitions. Small people always do that, but the really great make you feel that you, too, can become great.” -Mark Twain

They’re jealous. They’re never going to suceed. You are.

Use their doubts a fuel. Tell them where to go and then do the thing anyways. And when they gawk, you can wear your medal with pride.

4. Muhammad Ali on Suffering to Win

“I hated every minute of training, but I said, ‘Don’t quit. Suffer now and live the rest of your life as a champion.” -Muhammad Ali

It’s so hard, isn’t it? You’re trudging up the hill of work you chose and wondering why in the world you ever do such a thing.

But remember why you began in the first place. You saw gold at the end of your journey. You knew what you wanted then. Why have you forgotten it in your suffering?

Because the body and the mind are self-protecting. They include early warning systems meant to keep you safe in a dangerous wilderness.

But we’re not in a dangerous wilderness. You know your limitations and your body only knows stimulus.

Use your mind and ignore your body (to a point). You might be suffering now, but think of the reward. 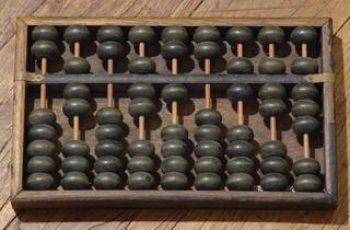