As the Search Engine Turns – Part 1 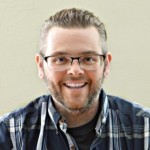 Have you ever read the perfect love story? They’re not that hard to find and most of the classics are full of cliches and when you think about it, the stories really aren’t all that great. You know what I want to read?

Yeah, I’d like to see Nicholas Sparks try to write that kind of book!

What if marketing is or could be a love story? What would it be about? Who would write it?

I would. In fact, it’s today’s post. Check it out.

SEO was an attractive woman. She was tall with long hair dyed the color of Google’s logo. Her eyes were a hazel gray.

She received a lot of attention from males and females alike. But no one loved her more than PPC. He was a shy boy. He was smart, clever, and handsome. He came from a wealthy family who paid to have his results at the top of the first page every time.

SEO’s family and PPC’s family disliked each other from the get-go. Google made this so, but both families worshipped the search engine like it was a God. Everyone did.

No one remembered why SEO and PPC’s families hate each other so much. PPC and SEO were raised to not ask questions.

This kind of upbringing made them even more curious about each other. And one day, while coming out of the girl’s locker room, she saw him there. He was standing against his locker, wearing a black leather jacket and opening up a pack of smokes. If he got caught, he would be suspended for sure. But PPC didn’t care. His people paid good money to make sure he was always at the top.

“You better put those away, PPC.”

He smirked. Like a clever rich boy without a care in the world. “Why? You gonna snitch me out?”

“Is that really how you think of me? Do I seem like the type of girl who would build spam links and point them to your business?”

He shook his head and his smirk faded. “You seem like the kind of girl who likes to do the right thing. The type who follows Google’s best practices to the letter. I was just pickin’ on ya.”

Now it was her turn to smile. “I know you were. I’ll see you around, PPC.”

And with that, she spun and returned to her classroom. Even though they saw each other every day, they didn’t speak again until one fateful summer night in between their junior and senior year.

SEO sobbed into the receiver. Her best girlfriend, SMA (Social Media Advertising, you can learn more about it here.) was on the other line trying to make out what her bff was trying to say.

“They did it again! Why do they have to keep doing this to me? I’ll never get into college!”

SMA knew then what was going on. Google had released another algorithm update. She could only guess the state of SEO’s household. She had been at the dinner table when the last Penguin update rolled out. It wasn’t a pretty sight.

SEO paused. SMA loved everyone. She got up close and a little too personal sometimes. And SEO knew exactly what her friend was going to say.

“You’re right. I could use a distraction.”

“PPC has been looking really good. Adwords has been doing that body right. Plus he can’t take his eyes off you.”

“Whenever he knows you’re not looking.”

Her parents would be angry. So would his. But if PPC didn’t care, then why should she?

“You have his number?”

Their first date was to a restaurant. It was nice. Too nice for her. She could see herself waiting tables here but never eating here as a guest. Unless it was for something like her parents’ 50th wedding anniversary or something. She was staring at her reflection in the polished silver when PPC broke the silence.

“So what’s it like to get over 90% of all of the search engine traffic?”

“What? That’s what you want to talk about on our first official date?”

“Why not? It’s what we do. It’s what we’ve always done. We make things happen for companies, entrepreneurs, affiliate marketers, you name it. If it wasn’t for us, they wouldn’t be nearly as successful.”

SEO put the knife down in its proper place and sighed. “It’s a lot of work. We may get 90% of the traffic but we do a lot more work than you. It’s my family, SMA’s fam. Probably a half-dozen other families that have to work in tandem to bring everything together. But it’s worth it.”

PPC nodded and smiled. “Just imagine what could happen if you and I worked together. We would dominate the SERPs.”

SEO sat back in her chair and took a deep breath. This was their first date and he was already talking commitment? What happened to the PPC she used to know? The spoiled rich boy whose ads brought in thousands of dollars with guaranteed spots in the SERPs. Where was that guy right now?

“You didn’t. I just didn’t think this was going to be that kind of relationship.”

PPC bit his bottom lip. His cheeked turned slightly pink. “It can be whatever kind of relationship we want it to be.”

What will happen to the budding relationship between SEO and PPC?

Will it be a match made in heaven? Will it be more business than pleasure?

And will the romance be able to stand the test of time? There is only one way for you to find out. And that’s to tune into the next episode of As the Search Engine Turns.

9 Reasons Your Sites Rankings Have Dropped in 2021

Sitechecker – 5 Features and Tools to Help Your Site Rank Higher