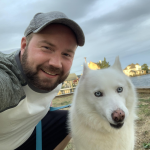 With over 2 billion active users, Facebook has completely changed the way communication and business happens in the world today. It’s funny to think about how at one time Facebook was just for college students and you needed a college email address just to sign up. My how things have changed! Now Facebook is one of the most powerful businesses in the world today and generates billions of dollars just through ad serving on the social network.

At the same time, Facebook is helping small business, brands, and individuals grow their online following through the use of Fan Pages and Facebook Groups. Never before has it been so easy to tap into a network of over two-billion users, create a page and start creating content and messages for your audience to see.

With all of that being said, here are five internet marketers, bloggers, and entrepreneurs that you should be following through Facebook today. One of the most amazing things about the online marketing and affiliate industry is a number of people that have had great success, but you might not have actually heard about. You may consider Kris Jones one of them, but he is a name I’ve known and a good friend of mine for many years now. As the founder of PepperJam, Kris helped revolutionize the affiliate marketing industry through his network and advertising platform — which then went on to be acquired by GSI Commerce, then acquired again by eBay. These days Kris has been focusing his time and effort on KBJ Capital, which is his investment and consulting agency to help other businesses grow. A recent highlight in Kris’ entrepreneur journey, is being featured on “Planet of the Apps” and working alongside Damon Wayans Jr and walking away with a $1.5 million investment from the show. All of this can more can be found when following Kris Jones’ Facebook fan page. When it comes to online marketing and Facebook advertising, one name that probably comes to mind when scrolling through your Facebook update stream is Tai Lopez. Through his paid video ad campaigns and online business history, Tai has pretty much been all over the place. With more than 6 million followers on his fan page, it’s not only a great way to stay updated on what Lopez is currently working on but also how he continues to promote himself in different ways and niche markets — such as his podcasts, social media and using celebrities to gain influence and improve his audience reach. To learn more about Tai and why he reads a book every day to become a better entrepreneur and person in general, be sure to check out his TedX talk. Definitely one of the most well-known entrepreneurs on this list is Gary Vaynerchuk. For anyone that has been a fan of Gary for the past several years, it’s been quite an amazing journey to watch his success and fame rapidly grow from his days at Wine Library to appearing on various television talk shows like Conan O’Brien, starting VaynerMedia and now even appearing on the entrepreneur-based show “Planet of the Apps“, alongside other big name celebrities likeÂ Jessica Alba, Gwyneth Paltrow and will.i.am. In addition to everything else going on in the world of Gary Vee, it’s a must to follow him on Facebook, as he puts out some of the best video content in the world today. Be sure to follow his fan page, while also getting some daily inspiration in the process. If you’ve ever used WordPress to power your website and then used a plugin or theme to make it even better, it was likely connected to Syed Balkhi in one way or another. Syed is the founder of WPBeginner and also the extremely popular WordPress plugins OptinMonster and WPForms. In addition to his success with everything relating to WordPress and software, Syed is also one of the smartest and well-connected entrepreneurs in the industry — while also being an all around great guy. I highly recommend you take a look at what Syed and his team are currently working on these days, while also following his fan page on Facebook. Of course, we had to add Jeremy to the list of entrepreneurs to follow on Facebook. Not only is this his blog, he’s also become a pivotal member of the on the online marketing and affiliate industry. The great thing about following Jeremy on Facebook is that you will get ‘the real Jeremy’, which comes with a combination of life stories, business experiences and also the opportunities to see through the eyes of a successful online marketer who has sold multiple seven-figure businesses. Even with this blog not actively being updated by Jeremy directly as much as it used to be, you can still stay up to date with all of his latest ventures and what’s happening in his life through his Facebook page.

Are You Growing Your Brand through Facebook Fan Pages?

If you currently have a Facebook Fan Page of your own, awesome! If not, it’s never too late to get started with one of your own. Many people will say that it’s not a good idea to rely on Facebook to build an audience, as it’s one you don’t have control of and organic reach seems to be decreasing day by day. However, with over two billion active users on the social network, it’s simply one that can’t be ignored. In addition to following each of the entrepreneurs above, be sure to check out these great Facebook branding examples from other top bloggers and entrepreneurs in the industry.

Zac Johnson is an entrepreneur with more than 20 years of online marketing and business experience. Follow his blogs at ZacJohnson.com and Blogging.org.