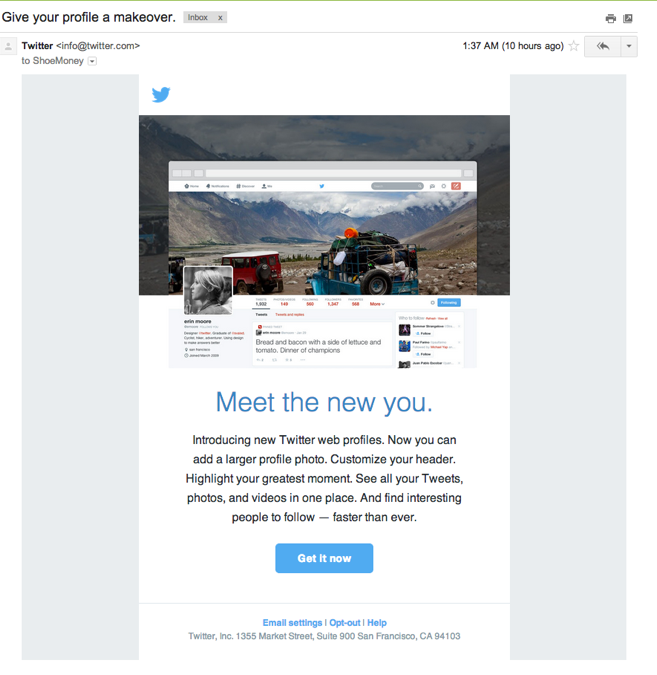 Its a big change from the current layout… between the header and picture its virtually identical to Facebook’s.

But in the bigger picture of things the new layout opens up a lot of new advertising options. These are pretty much stolen from Facebook as well…

I have been told by some key folks on the Twitter advertising team that soon you will be able to advertise in the sidebar and have the ability to “boost” your posts as well with the same options as Facebook allowing you to reach friends of friends and get into their twitter feed that you normally would not.

This will be interesting to see how this plays out. Â  Especially when less than 20% of Twitter users actually use the web interface (as a whole).

I am also guessing the demographics of people that use the web interface, Â income wise, Â is going to be lower (just a guess) vs those who use clients.

I am going to give it some tests for sure once it gets going.