Home
Other
shoemoney
Are You Making The Wrong Assumptions From Your Adwords Data? 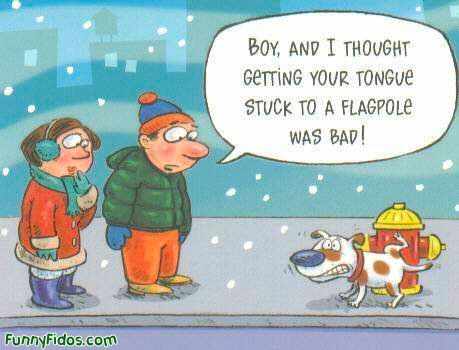 At least when it comes to their marketing strategy. If there is one marketing concept that has been drilled home for over 100 years, it is this… Test, Test, Test.

It’s 2014. So, why are so many marketers making the same fatal mistake?

Ok, maybe waiting for a complete picture is hard to do. Maybe you could trust anecdotal data to some degree, or maybe you simply don’t have the luxury of being patient.

Still, there is an even worse fatal flaw; Assuming data from one ad group or campaign translates to other ad groups or campaigns.

I have a client who runs an answering service and call center for doctors and other industries. Like all my clients, my goal is to save him money, not get him to spend more. Testing ads is one of the many things YOU SHOULD NEVER STOP DOING (unless you have 100% CTR and Conversion Rates.) I decided to experiment with very similar ad texts in several different ad groups. The headline is different, and of course focused on the searched keywords in that ad group. However, the two ads I am testing against each other in the same ad groups, have the same description lines.

You would think that having a statistically significant confidence level of 99% from one ad group, would likely translate to the other ad groups. After all, the experience is the same, the searched term is in bold as the headline, and the description lines are the same.

Anyway, here is the first two ads we tested. As you can see, the second ad is an almost clear winner, with a 95% confidence level. Don’t worry about the lack of conversions, as this client doesn’t do call tracking, and all his leads are phone calls (which is a shame because I offer free call tracking to all my PPC Advertising clients.) So, like most ads, we are optimizing for CTR as a primary metric. (When you do have conversion data, that should be the primary metric, unless you dont have a big enough conversion data set.) Well, it’s clear the ad with the messaging, “24/7 Quality Answering Service, HIPPA Compliant, Get a Free Quote” seems to take the cake. (Yes, I know that HIPAA is misspelled.)

Regardless, based on this data set, you would think I could simply pause the losing version across all the ad groups using it, and come out ahead.

Let’s see what happens when we use those same ads in another ad group?

Here is the second ad group that was running those two ads, and what do you know… the same ad that won the first time is a clear winner this time as well…with a confidence level of 99%. Once again “2/47 Quality answering service” won out.

You would probably think after seeing these two ads deliver the same results that you can assume the winner would win in any ad group that was similar.

Here is yet a third ad group with the same description lines. As you can see, just like the first two group of ads, the “24/7 quality answering service” ad is once again the winner. Sure, this time it’s only 90% statistically certain, but I think that’s good enough to illustrate my point.

All in all, we have 3 groups of ads, all with different keywords and one with a different headline, and the same description lines seem to convert best across the board.

You would think you could assume that this would hold true across all ad groups in your account. You would assume that the messaging of 24/7 answering service that is HIPAA compliant will win every time. Let’s see if your assumptions hold up…

Here is a fourth ad group with the same description lines.

Did I see that right? Indeed… This time, with 99% statistical confidence level, the ad that says “Top Multilingual Answering Service” beat out the “24/7 HIPAA compliant ad”

Not just beat it out, but with a CTR boost of over 20%

Had I stuck to my assumptions and took the data from my other ad tests, and concluded that the 24/7 ad is the clear winner, I would have missed out on a whopping 20% more traffic…

If there is one lesson to learn from these example, it is to never assume that data in one area of your account will translate to other areas of your account.

It’s 2014. If I can’t talk you into using marketing automation, native advertising, growth hacking and mastering mobile…at least let me talk you into paying closer attention to your data, instead of jumping to conclusions. You can always read my other post to look like an analytics genius in only four clicks or if you want to really rock at adwords, this is a must read post.

After all, you know what happens when you assume.