So if you want to make money on the Internet, good luck, because the government is determined to make it that much harder for you. Specifically, the Department of Justice is launching a program called Operation Choke Point, which as its name implies, is basically aimed at choking off the ability for entrepreneurs to use the modern tools of commerce for legal businesses selling a product if it falls afoul of the administrationâ€™s moralistic, technologically illiterate worldview.

Just as President Obama complained about ATMs taking jobs away from bank tellers, this administration seems determined to stop various forms of business that have been part of America for decades from going online, for no clear reason other than, we suspect, theyâ€™re afraid some innovator might profit from it. That means theyâ€™re going after online firearms salesmen, online creditors, online credit repair agencies, online loans, online raffles, online tobacco salesmen, online charities, online marketers, and more.Â 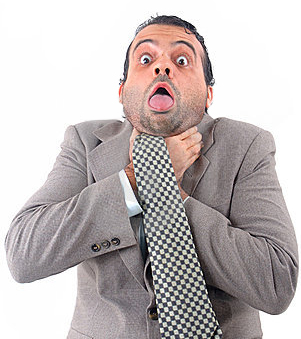 Long story short, if you sell or buy anything that the government has ever wanted to regulate â€” ever â€” this will probably affect you.

Hereâ€™s how: When you buy stuff on the Internet or authorize direct withdrawals from your bank account to pay a bill, it often has to be handled by whatâ€™s called a Third Party Payment Processor. These are basically businesses who exist to handle payments between banks and retailers, and when you input your payment info, itâ€™s their job to go to the bank itself and actually get your money, whether for a one-time payment or a recurring one.

The Department of Justice claims theyâ€™re only going after people for fraud. And yeah, no one likes fraud, and thereâ€™s a lot of it on the Internet, involving every business under the sun. But this DOJ tends to take semi-reasonable problems and come down on them like a hammer, when a scalpel is whatâ€™s needed. Witness the fact that they sued iTunes for no other reason than that they thought they were getting unfairly good deals. Moreover, this DOJ especially has a tendency to overstep its legal bounds (and, in fact, might have already done so in this operation). Forget a reactionary congressman that sees something in the news and yells â€œthere ought to be a lawâ€ in the hope of getting a headline. No, this DOJ is using its power to intimidate and bully. Trusting them to stop when the job is done, and not go further than they have to would be extremely naive.

And thatâ€™s not even getting into the criteria they use to determine which merchants are â€œhigh riskâ€ which they name in vaguely defined subcategories. Essentially, youâ€™re just supposed to take their word for it. More to the point, a lot of the industries being targeted, like firearms and tobacco, are industries that have fallen afoul of the administration. How is anyone supposed to trust a DOJ as nakedly political as this one to treat those industries fairly?

I cannot stress this enough: If you have ever thought of selling your gun secondhand on Gunbroker, are an aficionado of online gambling sites, created a Kickstarter project that might offend someone, run a charity out of your home, or just manufacture artisanal bongs on Etsy, this could affect you. Bottom line: The DOJ wants to control who can and canâ€™t get money according to vague standards that are ripe for abuse. Some Third Party Payment Processors might engage in shady practices, for which they should be targeted, but thereâ€™s absolutely no way you should trust Eric Holder to handle your money better than you can. Is your business in jeopardy?