Why is Danny Sullivan spinning the Google secure search story?

Well, it has only been a few weeks since we saw an SEO company raked over the coals for a link bait headline of a story that wasn’t true at all, apparently Danny Sullivan didn’t want to be outdone by the Moz crew when it comes to writing headlines everyone wants to bitch about.Â  And boy, did people get bitchy.Â 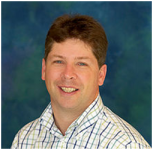 Bright and early Monday morning,Google switched over what seems to be the majority of their searches by users over to secure search. Previously, a user would have to be logged in in order to not pass refer data to a website they visit through Google search.Â  Now Google no longer has the login requirement and all searches are now secure.Â  Definitely big news from the SEO perspective, since we will all see our “not provided” skyrocket once again.

Now, there is a ton of speculation over why Google may have done this. Privacy concerns, the whole NSA/PRISM thing, trying to funnel more revenue through to paid advertising, thereâ€™s a host of possibilities, and you can be assured that one industry expert is trying to take credit for all of them – queue Danny Sullivan and Search Engine Land.

Danny Sullivan did decide to go with the most sensational title he possible could do â€“ with NSA and PRISM in the headline.Â  â€œPost-PRISM, Google Confirms Quietly Moving To Make All Searches Secure, Except For Ad Clicksâ€.

What did other various news and industry sites decide to go with for their headlines, for the same story with the same facts?

WebProNews: â€œGoogle Turns On Secure Search For Even Those Who Arenâ€™t Signed Into A Google Accountâ€

Threadwatch (okay, not specifically a news site, but a source nonetheless): Google Redirects All Traffic To HTTPS, Driving [not provided] To 100%.

When even Threadwatch has more truth in their headline than SearchEngineLand does, that’s a problem.

Google has NOT released any kind of statement regarding why the changes made, aside from the one Danny Sullivan is touting as being the â€œonlyâ€ statement Google has released, (and a second one made at the end of the day) although both are from a nameless spokesperson, and both responses are pretty vanilla that could be describing anything.Â  But what Google hasnâ€™t said is why, other than it is a good thing for the users.Â  But it doesn’t really matter what Google says, because Danny still decided to spin it for page views.

Danny also seems to have gotten into some kind of comment altercation at SearchEngineWatch, as he seems to have removed comments and updated one to say â€œSo, I’ve updated this comment and removed my other responses.â€Â  It also seems to have been something regarding Dannyâ€™s NSA/PRISM salacious headline, as Thom Craver, the author of the SearchEngineWatch story commented replying Danny â€œI reported first-hand data collected. I did not, however, speculate as to Google’s motive, as you have already noted by quoting me.â€ (Oh, I hope someone has a screenshot of the original comments, please share below if you do, he obviously posted more after the original one I saw first).

SearchEngineWatch doesnâ€™t seem to be the only place that put Danny on the offensive (the exchange is far too long to post here unfortunately, but go read it!)

This is well worth reading, between well known industry expert Joe Hall and Danny, where Joe takes issue with the fact Danny took the sensationalized headline without any confirmation of Googleâ€™s reasoning behind the change, where Joe commented â€œ@dannysullivan Tons of respect for you….but if its in your headline, and above the fold, it looks like you are spinning for them.â€Â  But with Danny editing and deleting comments made on other sites, it is unknown if he deleted tweets as well, although I am sure Joe or someone else can comment on it.

Joe wasn’t the only one who had issues with Danny’s spin either.

@dannysullivan did anybody say this has to do with Prism at all?

Whatever the reasoning behind Googleâ€™s change, Danny went way over the line by insinuating the reason for the change, and then to also try and make it about Google trying to simply drive more ad revenue with the change, as noted by this retweet directing people to his post that it is “Googleâ€™s Plan To Withhold Search Data & Create New Advertisers“.Â  Yes, it wasn’t enough that he had to go with the NSA / PRISM angle, he had to also imply it wasn’t only because of that, it was because Google wants to make all their non-advertisers into advertisers just for the referral data (and here’s a tip, the vast majority won’t be converts to pay for what they are getting for free).

Many of us feel this song and dance is getting really, really old.Â  Yes, we know Danny will say whatever he thinks people want to hear about Google, while still trying to be best buddies with Matt Cutts and trying â€“ which seems to be the case here â€“ of being the only â€œsourceâ€ from Google on all things search related.Â  But next time, spare us the instigated drama and report the real news, not just this make believe world where Moz style is the way to go with a misleading headline for the clicks.Â  Fellow industry experts would rather cite Danny as a great industry source, not just as an example of a tin foil hat wearing personality, which seems to be where he is heading more and more these days.Â  Who knows, maybe there is something in this that will let Danny whip off another FTC complaint over Google’s practices for the secure search as default change, so he can reap all the publicity once again.

Does anyone else miss the Danny Sullivan of old, when he actually reported on actual industry news without all the link baityness and the impression of ulterior motives?Â  We all saw the change happen when Danny went from being Search Engine Strategies Danny to Search Marketing Expo Danny, can we please (with a Bing cherry on top) have that one back?

15 thoughts on “Why is Danny Sullivan spinning the Google secure search story?”