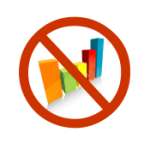 Barry Schwartz loves polls.Â  And what does he love even more?Â  Scaring the pants off fellow web marketers with his sketchy poll results.Â  â€œOnly 7% Claim Full Recovery From Google’s Penguin 2.0 Updateâ€ screams one headline.Â  â€œ72% Were Hit By Google’s Penguin 1.0 Or 2.0 Algorithmâ€ screams another.Â  He even includes fancy pie charts â€“ grossly over-sized â€“ to show his astounding poll results.Â  But what many of the Barry groupies donâ€™t realize is that he is the king of blowing smoke up your ass.

The problem with Barry is that he is skewed so far to the â€œsky is fallingâ€ group of webmasters, that pretty much none of the polls he does have even a grain of sand in truth.Â  Â And he fully admits his poll results are full of shit, because really, are 72% of all webmasters honestly impacted by Penguin? Not by a long shot, unless he wants to disclaimer that number is maybe counting webmasters whose sites improved because they gained rankings when other higher ranking sites got penalized.Â  And what are the odds that 72% of websites owners have even heard of Penguin, or Panda for that matter?Â  But donâ€™t worry, Barry is always about the sensational headlines that are scare tactics to get people to click.Â  Are 72% of the people Barry teaches through his vast number of SEO related posts?Â  Welllllllâ€¦..

Then consider the poll itself.Â  If I am sitting pretty with nary a blemish on any of my websites, chances are good I am not going to bother responding to his poll.Â  However, if I saw the vast majority of my network crash and burn thanks to Penguin, you better believe I will respond to that poll so the world will know how much Google sucks for doing something like Penguin, and would probably throw in a few more choice comments about how much Google is hurting webmasters while the clever spammers are still all over the search results.Â  After all, some people have the mistaken belief that Matt Cutts and his spam team read every single word Barry writes about, when I am sure the truth is closer to a â€œOMFG, Barry is doing another one of his sensational link baity poll results headlines again.â€

And Barry straight up admits that he sensationalizes all his poll result titles for more clicks.

Another recent poll I skewed the response of the poll by giving it a sensational title. I titled it Only 14% Of SEOs Trust Google. Only 14%, no way. I skewed my title to get clicks. Only 14% of SEOs FULLY trust Google, whereas 60% trust Google always or sometimes, which makes Google look much better. Only 35% of SEOs would never trust Google. Again, the title that is more in your face is 14% of SEOs trust Google but I skewed the title to attract more people to look at the poll results. I then published the full results so you can see. But clearly, again, apply the same bais I listed in example one and maybe those results should be more like only 20% of SEOs don’t trust Google or maybe not?

How is that for professional journalism, deliberately misleading your loyal audience.Â  GG Barry.Â  Next time, why doesnâ€™t he do a real professional poll where he gets a decent cross section of small website owners and webmasters, rather than simply polling the Koolaid drinking rustybrickers who all have their tin foil hats securely on top of their heads whenever Google is involved and canâ€™t wait for any opportunity to bitch about Google?Â  Ball is in your court Barry, and we are all waiting to see if you can actually do a legitimate poll that has real data instead of the rainbows and unicorns you are currently spewing.