Should you submit your dirty laundry to the Google spam team? 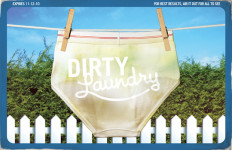 In case you missed the news, Matt Cutts has solicited webmasters to submit their poorly ranking websites to them, so they can have a look exactly why your website isnâ€™t ranking as well as should. No, thatâ€™s not a joke. Really.

Matt Cutts had everybody aflutter when he tweeted â€œIf there’s a small website that you think should be doing better in Google, tell us more here”

Now, looking at the responsesÂ  it is clear I wasnâ€™t the only one who thought Matt was trolling!

Now, it could be legitimate that Google honestly wants to learn why some websites, particularly the small ones it seems to be soliciting, arenâ€™t ranking as well against larger websites.Â  Okay, itâ€™s been kind of a problem when the Wikipediaâ€™s of the world are dominating the search results, and Maryâ€™s little hobby site ranks somewhere beyond the 15th page of search results. But do you really want to wave a red flag about your site and say â€œHey Matt, Look at meeeeeee!â€

And when you think about it, doesnâ€™t every single webmaster think their site deserves to be ranking at the top? If not, youâ€™re creating the wrong type of website and should probably go back to the drawing board and think about it some more. Because really, people arenâ€™t creating websites and hoping they rank on page 10.

Now, maybe you submitted your site and it is a perfectly lily white site that youâ€™ve never done a teensy bit thing wrong with. But Iâ€™m willing to bet that more than a few people are submitting sites there really shouldnâ€™t deserve to be indexed.Â  And you really want Google looking that closely at your dirty laundry of a website, where they can easily permaban if they see something they donâ€™t like?Â  At least if they aren’t looking at it manually, you have a chance to make it clean and have the site make a comeback.

Supposedly it is one of the engineers on Mattâ€™s team who is wanting these websites, but clearly Matt is having a look at them too, as evidenced by some of his tweet responses.Â  Oh to be a fly on the wall of that Google doc!

Personally, if I have a website that is not doing well, the last thing I want to do is go crying to Matt Cutts sobbing that my website should be ranking better, although there are more than a few well known SEOs who do just this on a regular basis (yes, really, although they aren’t likely to admit it to many). And in a world where the rules of SEO engagement are constantly changing, and with negative SEOs still being a real problem, having the Google spam team personally take a look at my website is not high up on with the things I want to do this week.

However, not everyone feels this way because they were definitely getting submissions, although how many is unknown beyond Matt Cutts tweeting it was a couple hundred shortly after he posted it. Now what say you? Did anybody submit their website to have Google personally look at why itâ€™s not ranking?Â  Did the spam team sprinkle the magic Google ranking fairy dust on it and suddenly it is doing well again?Â  Maybe they are, maybe they arenâ€™t, but I donâ€™t want to be the next example in a Matt Cutts video saying “for example, we had this one guyâ€¦.”

16 thoughts on “Should you submit your dirty laundry to the Google spam team?”