Now, I’m not a newbie when it comes to pay per click advertising. I’ve been doing it for years on a variety of platforms, and have a pretty good instinct when it comes to what works and what doesn’t, and when I’m not sure, that’s what A/B testing is for. 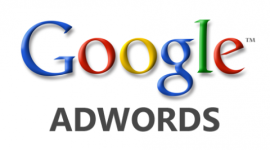 That said, great AdWords reps are worth their weight in gold. If I know my AdWords rep is giving me get information, and is helping me improve my ROI, and not solely helping Google increase their money grab for me, I’m much more likely to go with what they are saying or suggesting I try. When you have a really good relationship with your AdWords rep you also get things like special beta tests and early access to information about changes that are making that could impact your business. I know some marketers would be devastated if there AdWords rep left. But maybe those great AdWords reps are a dying breed or they are getting promoted to something better within the company.

Martin MacDonald, who many will know as @searchmartin on Twitter,  has written a very insightful look at some of the experiences he’s gathered about Google, particularly about dealing with the Google AdWords team, called #GOOGLEGATE: Can You Trust Google. And unfortunately, it’s definitely looking like there has been a shift in the role of an AdWords rep.

We all had a good laugh when we saw Vince Vaughn’s character in The Internship doing the hard sell techniques when he was doing the customer support challenge. If anything, most was kind of thought it was just for the movie since it was a skill catered to his particular character. But, it’s looking like it’s a lot closer to the truth then how we assumed Hollywood portrayed it and it’s definitely sounding like Google is perhaps hiring account reps for their used car salesman upsell techniques as opposed to their knowledge – or maybe they just don’t care about anything but the bottom line.

It has long been speculated that there might be some sort of kickbacks for AdWords reps to convince their accounts to increase their ad spend.  Personally, I am more than happy to throw more money at Google and give them that ad spend they want, but only if it converts. And Martin is giving some pretty good examples of where reps aren’t caring about things like keyword targeting for conversions and are actually encouraging businesses to violate the AdWords terms if it means Google gets more money.

The example he used was Lady Gaga tickets. Now, if I was running that search campaign I know the keywords I would be targeting, the type of ad copy that would work well and how to make that rockstar landing page that converts. But when I Google rep turns round and suggests things like Lady Gaga torrent and Lady Gaga download as important things to be advertising on, what the heck are they thinking over there. Not only would your business be associated with illegal activity, the chances of people who are looking for free music torrents of actually then going and spending money on a concert ticket are probably not that high.  And if you are a big enough  brand, you know someone who hates your company will see it and start bitching and spinning about how you are profiting on illegal activity.  Not great for business.

Martin also posted a voicemail left for an AdWords customer, when clearly the Google rep had no idea he was still patch through to a voicemail. In it, the rep is bitching about the fact that an account has already been upgraded to enhance campaigns, meaning then he has to go around and upsell other things, when it would seem that enhanced campaigns are one of the easy things to get AdWords customers to do. So the rep is complaining that now he has to pitch things like call extensions and site links, when all he wants to do is the easy enhanced upsells.

Now, we have no idea which Google rep this was, although I suspect someone at Google has ratted him out by now and he is probably either no longer with the company or won’t be very soon – and why do I suspect he’s been ratted out? Because obviously he’s just made life more difficult now that others are aware of the smarmy upsell tactics that seem to be the only thing AdWords reps are interested in these days, at least the new ones. It’s definitely giving some insight that gone are the days where Google rep was interested in helping their customers with a better ROI campaigns, and it’s all about getting as much money from that customer regardless of how quality the traffic is or if it will convert.

And Martin also echoes something that’s really critical. And it’s the fact that the only time he’s been getting good advice is when it also makes more money for Google in the end.

You have to admit it takes balls for Martin to take on Google like this, particularly since he works for a pretty large company, Expedia (Inbound Marketing Director for Expedia EAN).  On the one side, I’m not so sure if I was his employer that I’d want to be calling Google out like this, particularly since I am sure Google sends a shit ton of traffic to Expedia daily.  But he is taking a very public stand with evidence that definitely needed airing in the industry, so kudos to him.

And as a final thought, I do want to reiterate that there are some AdWords reps who are simply amazing. We can hope that maybe a few bad apples are spoiling the bunch, but instincts say it isn’t that simple.  Maybe it is Google AdWords reps being encouraged to increase ad spend of their customers, or maybe they have a set targets across all their accounts they have to reach for an increased ad spend, or what’s potentially even worse, that there really is some sort a kickback for increasing that ad spend of each customer.