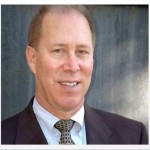 Chances are you have never heard of the â€œUndertaking Spam, Spyware, And Fraud Enforcement With Enforcers Beyond Borders Act of 2006,â€ an addition to the Federal Trade Commissionâ€™s (FTC) enforcement statute known as the â€œSAFE WEB Act.â€ If youâ€™re selling to consumers abroad via the Internet, however, or own foreign companies that are selling in the U.S., or have assets overseas that were derived from U.S. sales, then itâ€™s time you and the SAFE WEB Act got acquainted.

The FTC, of course, is first and foremost an American consumer protection agency, with the vast majority of its cases involving U.S. companies marketing to U.S. consumers. â€œCross-Borderâ€ enforcement, however, is nothing new, having been utilized successfully, for instance, in several FTC crackdowns against fraudulent Canadian telemarketing schemes selling in the U.S. What is new, however, is the borderless world of the Internet, which presents boundless opportunities for sellers to reach buyers all over the globe. This presents the FTC and its foreign counterparts with a whole new set of challenges in regulating international commerce.

Enter the SAFE WEB Act, which Congress passed at the FTCâ€™s behest to give it and its foreign analogues tools that are more adequate to the task of policing consumer deception on a global scale. These tools enable greater information-sharing and investigative cooperation between the FTC and foreign regulators to aid enforcement efforts in their respective countries.Â 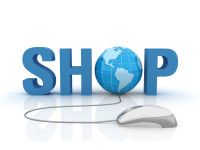 Two provisions of the law should be of particular interest to U.S. Internet marketers selling internationally and holding assets abroad. One enables the FTC to tap resources of the Department of Justice (DOJ) in foreign litigation to reach offshore assets and enforce U.S. court judgments abroad against FTC defendants. The other confirms that the FTC has jurisdiction not only over foreigners selling to consumers in the U.S., but also over U.S. companies selling to consumers in other nations.

The FTC already has used these provisions effectively. InÂ FTC v. Data Business Solutions Inc., for example, which involved purportedly bogus domain name registration invoices sent to consumers and allegedly ill-gotten gains deposited in Canadian bank accounts, the FTC and DOJ, working together, retained foreign counsel to take legal steps to preserve those funds and gain evidence for the FTCâ€™s case. In another,Â FTC v. Balls of Kryptonite, the FTC obtained a settlement with a U.S. Internet marketer that sold electronic goods in the United Kingdom using foreign websites ending in â€œ.co.ukâ€ that allegedly tricked British consumers into believing it was a U.K. company. This misled them to think their purchases would be protected by warranties that were valid there.

With the FTC making full use of the SAFE WEB Act, U.S. Internet marketers should have no illusion that they are safe from its grip just because their sales or assets are on foreign shores. They need to be as compliance-conscious about the business they do in the U.K., the European Union and elsewhere around the world as they need to be about the business they do at home.