Are you a Social Media Star? I hope not! 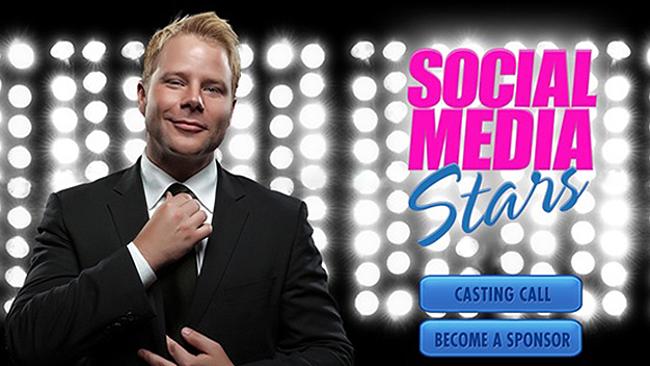 In case you haven’t heard the news, there is currently a casting call for Social Media Stars reality show (yes, really).Â  Because apparently watching people tweet and pin all day is entertaining.Â  Oh wait, I could just go out for dinner with friends and see the exact same thing, but with alcohol!Â  But I digress.

First, to go on such a show, you have to be a third rate attention whore.Â  We all know of Shoemoneyâ€™s desire to land a spot on Big Brother, but that is a nationally televised hit reality program and spawns discussion on all kinds of reality tv and celebrity gossip sites.Â  Hardly a negative thing when you are a Shoemoney looking for publicity.Â  And what is Social Media Stars?Â  Something that will just be aired online, unless some random network picks it up â€“ which could be a network anywhere in the world, since the showâ€™s casting call is worldwide.

But first, here is the pitch:

Social Media Stars Reality Show is looking for YOU! This is your shot at stardom! Live in a Miami Beach mansion, hang with fellow superstars and engage in social media challenges to show your stuff! From the creators of Top Recruiter: The Competition, comes Social Media Stars, another surefire success from LaVoie Entertainment.

Are you legendary on LinkedIn, a prodigy on Pinterest, talented on Twitter and fabulous on Facebook? If your friends ask you to â€œteach them Twitterâ€ and their jaws drop when youâ€™re done, we want YOU!

Cheesy enough for you?Â  And how many social media stars, or even third rate stars, do you know wearing a suit and tie and oozing that much, well, sleaze?

First, letâ€™s say you were remotely interested (itâ€™s okay, just say you were â€œcuriousâ€).Â  You fancy yourself a social media star.Â  You could brag about your Twitter followers, your Facebook friends, your Instagram followers or your Klout score.Â  But no, apparently despite their pitch, Social Media Stars doesnâ€™t care about any of that when you apply.Â  What is the only social media platform that Social Media Stars is interested in when it comes to choosing their stars?Â  LinkedIn.Â  Freakin LinkedIn.Â  Not that LinkedIn doesnâ€™t have its uses, but if I am picking out social media rock stars, LinkedIn sure wouldnâ€™t be the only social media following I looked at, let alone the ONLY one â€“ in fact, I wouldnâ€™t even look at it that closely compared to other social media venues.Â  So why does Social Media Stars consider it to be the only one worth noting?

Really, would anyone but those people desperate enough for any kind of notoriety go on a social media stars reality show where the guys running it clearly have no idea on what makes a social media star?Â  They really should be looking at things like Twitter followers â€“ or more precisely ratio of Twitter followers.Â  After all, 18,000 followers looks impressive until you see they are following 52,000 people.Â  Or look at their engagement with their followers and the number of retweets.Â  But no, Social Media Stars knows social media well enough that LinkedIn is the only thing that matters.Â  Definitely sounds like a show I’d want to participate in!

Okay, I get that laptop huddling isnâ€™t the best showcase for getting a network pickup, but that IS what social media is.Â  Geeky guys and gals hovering over their computers working their social media magic.Â  Not many go pounding the pavement for resulting social media goodness, unless it was to score clients.

He also wants gossip, drama and controversy.Â  But he wants it to have â€œa touch of classâ€.Â  Face palming already?

And what does he want in those 5 contestants?Â  According to that same news article:

So you think you can social media? Here’s what it takes:

3. What their personal brand says to the audience

6. Comfortable in front of the camera

7. A unique sense of style/fashion

Well, last I checked, resumes are about the LAST thing anyone in this industry needs in order to show off their social media skills.Â  In fact, I am willing to bet most of the people I consider social media stars do NOT have a stellar resume in the traditional sense (or even a non-traditional sense), unless you could count things like gaining # of shares for clients as being part of a stellar resume.

So if you want to be one of the 5 Social Media Stars, you better start spamming everyone you know with LinkedIn requests and buying some fancy internet degrees for resume padding, because that is what they seem to care about when choosing contestants. Oh, and they want a photo, so if you are a hot chick wearing a tight and skimpy tank top, you are probably in even if you have no LinkedIn account and have 18 Twitter followers.Â  Because let’s face it, sex sells, especially if it happens between contestants.Â  Remember the cringe worthy GoDaddy commercial with the hot chick and the geek? Â  Okay, sorry, you were still probably trying to burn your eyeballs to unsee that, but every reality show has to have a hot chick and a geek.

And if you are considering it, do anticipate that the industryâ€™s real stars will make fun of youâ€¦ A LOT.Â  You will pretty much be laughed out of the industry for the attention whore you are.Â  Well, unless Shoemoney is one of the chosen few.Â  Then Iâ€™ll have to forgive him, but not before giving him a super hard time 😉

5 thoughts on “Are you a Social Media Star? I hope not!”