It was my senior year of high school, and I put $20 on the #1 ranked Miami Hurricanes to cover the 17 point spread at Boston College.  Looking back it was a terrible bet, but that first bet was all I needed to get hooked.

Fast forward a few years and I had done pretty well making a part-time income with my sports bets.  Not alot, but it was enough to keep me from having to get a real job when I was in college.  However, like anything with gambling, you’ll have some major ups and downs. I had a particularly bad stretch of games in 2004 and before I knew it, I owed a bookie $1295 that I didn’t have.

I really didn’t know the bookie very well, but he was the kind of guy you don’t want to owe money to.

I was in a real pinch and had to scramble to find a way to quickly come up with the money.  I grabbed a part-time job valeting cars in downtown Columbus over Christmas break – and also got the bright idea to try and sell my gambling picks on the internet.

The funny thing was, I lost money on my own but my picks were doing really well, so all of my friends were making some nice money betting on my picks.  So I decided to setup a website and see if I could sell my picks every weekend for football season.  I’ll be the first to tell you, this website was god awful.  I cant believe anyone thought it was a legit.  It looked like one of those sites that you designed in 6th grade in a beginner’s computer class.

Anyways, on December 20th of that year my site was up, and I had a bunch of packages up for sale.  I logged into my email account and saw I had a Paypal notice – I checked Paypal and instantly my eyes lit up.  There was an order for our biggest package for $147!

I still remember that first sale.  There’s really nothing else like it.

I’ve had $5,000 dollar days since then, and even those don’t get me as excited as the first sale I made online.

My “Secret” To Being Successful Online…

After that first sale, I continued to work on my website and try and make money with it.  I think I made around $1000 in my first year online.  But that was all I needed to get me started.

Throughout college I kept working on my online business and after I graduated, I decided to try and make this a full time gig.  I won’t lie to you and say it’s been easy.  In fact it’s been a VERY rough ride.  There were times in the beginning when I went from making $15,000 per month to just a few months later considering moving back in with my parents or having to find a real job.

Hell, just last summer my business came upon VERY hard times. My big consulting client decided to change his business, and he really didn’t need me anymore. And to make things even worse, my girlfriend of 3 years broke up with me just a few days after that.   So within a span of a few days, I lost 90% of my income and got dumped my girlfriend.

I was an absolute wreck.

I contemplated giving up on the whole damn thing and just slaving away in the 9-5 world.  I honestly wasn’t sure if it was worth it to keep going.

I scraped by doing copywriting jobs and freelance consulting while I worked on my fitness site. I made it an initial goal of mine to make $100 a day within 30 days of starting the 31DayFatLossCure.com.  I didn’t hit that initial goal in 30 days, but when I eventually did I could see the massive potential that was ahead.

Things started to turn around, and quickly ramped up once I dialed in a bunch of our Facebook advertising and blog advertising.  Fast forward a few months , and in December of 2010 we did over $110,000 in sales from the 31 Day Fat Loss Cure alone!

I now have one of the top weight loss products on Clickbank and because of that I’m also one of the highest paid copywriters and Facebook Ad consultants around.  I literally have to turn down 3-4 jobs every week because I can’t handle most of them.

I didn’t write this post to brag about my success, there’s a very valid point here.  So read on…

Here’s The Real “Meat” Of The Story…

If you’re struggling right now to make money online, I can guarantee you are closer than you think.

I’ve seen more than a handful of people go from “rags to riches” in less than 2 months.  I’ve seen people who were SOOOO close to making big money, just throw it all away and quit.

Now the point of my story is this – bad shit happens to successful people all of the time.  We just have a different way of looking at it.

Getting $1200 in debt didn’t look like a good thing at the time, but it ended up giving me the life I have now.  Getting fired from my consulting gig last year looked like the end of me online, but it ended up lighting a fire under my ass to get The 31 Day Fat Loss Cure rolling. Without being fired, I probably never would be where I’m at now.

Remember:  Bad shit happens to everyone.  It’s how you deal with it that determines whether or not you’ll be successful.

P.S. – Feel free to share a story of you overcoming a bad situation in the comments below.  I’d like to hear them… 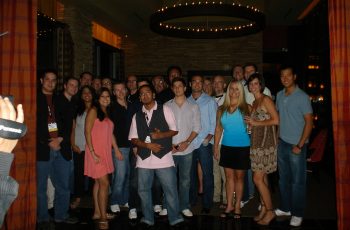 Every Affiliate Summit when I go by pretty much every … 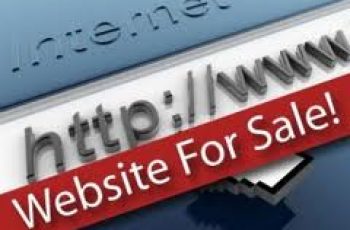 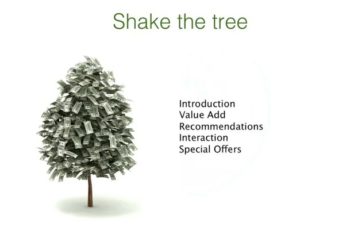 I have transformed my affiliate marketing methods to a form … 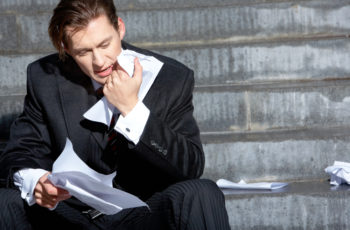 Recently our industry has seen a lot of shifts. People …