Back in December, This or That was looking for people to contribute content to our website, so we published some job postings and watched the emails pile up. And by “we,” of course, I’m referring to me. I became an Army of One, a lean, mean, writer hiring machine. It took me about six weeks to tame my inbox, but I managed to go through 724 application emails (and counting, though the job applications have slowed to a trickle by now). No, that’s not a typo. I read 724 emails and over 700 writing samples (not everyone who contacted me provided a writing sample because they apparently couldn’t follow simple instructions). Not only did I pick up some handy tips about what makes a candidate stand out among the competition (as I summarized in my recent post, 10 Tips for Freelance Writers Applying for Blogging Jobs), I learned a lot about the process from the employer’s perspective that I’d thought I’d share with you all in case you’re ever in a position to hire freelancers.

1. Casting a Wide Net Isn’t as Smart an Idea as You’d Think

Normally, you’d think that the more places you post your job opening, the better chance you have of finding great talent. I completely shot myself in the foot by underestimating a) how many people are in need of work right now, and b) the instant appeal of writing for an entertainment website as opposed to writing boring site copy for a legal services company. We paid for a ProBlogger job posting and also posted the job details for free in seven different cities via Craigslist. Our job post in turn got picked up by other job boards, and it sort of snowballed from there. Before I knew it, I was drowning in emails and the actual work-related messages were getting buried amidst ravenous freelancers chomping at the bit for a writing gig. If I were to do it again, I’d post it once, see what sort of candidates it attracted, and then go from there. If you can find a great pool of people with minimal work, obviously that’s better than taking the long route.

Sifting through hundreds of emails and writing samples is an endurance challenge to say the least, so to cut down on time, you’ve got to trust your intuition. I mentioned in my 10 Tips post how, from the applicant’s perspective, first impressions are crucial. That’s because on the hiring side of the fence, my time is too valuable to spend wading through a haystack to try and find the needle. Very early on in the hiring process, I was able to determine within the first couple sentences of a writing sample not only if the author is a good writer, but whether or not s/he can craft appropriate content for our website. Some people write well but lack the voice and tone that we’re looking for, while others just plain suck. My job was to find the most qualified candidates as quickly as possible, and most of the time that involved going with your gut. If you’re feeling “meh” about someone, it’s probably best to move on.

Somewhat related to “Trust Your Gut” is my third lesson learned. I opened up a dialogue with some folks, only to run into a roadblock over pay disputes, paperwork issues, etc. You’ll put up with someone’s crap a lot more if they’ve got talent to back it up, but if it’s a middle-of-the-pack candidate who’s all butt-hurt over your payment structure or contract verbiage, don’t waste your time bending over backwards for someone whose work probably won’t be worth the hassle. Some people whined to me about how low our rates seemed to them, yet I had an inbox full of talented candidates who were thrilled by the opportunity and the pay rates. Be wary of people who are difficult from the get-go — it should raise a red flag and make you wonder how hard they’ll be to work with long-term. Really ask yourself if you want to waste your time and energy, especially if there are other folks lined up and eager to work with you.

Our timing was a bit off when it came to assembling a team of writers. For one, our blog editor wasn’t set up to deal with contributors, so we first had to code it, then test it. This process took much longer than we thought, primarily because we’ve got one main developer and one main tester (me), and each of us is busy with a million other tasks in conjunction with setting up the new writers. Secondly, we launched our first tournament, where we let the Internet vote for the 2010 song of the year, and with that came more bugs, marketing, and users to deal with. When you’re planning out new projects, it’s all too easy to put the cart before the horse, but before you get ahead of yourself, quadruple-check to make sure both your team and your site are well-equipped to handle whatever you’re going to throw at them. Sure, every new project comes with delays and hiccups, but you can minimize the headache by ensuring you’re as ready as possible before getting started.

Hiring a team of writers by sorting through hundreds of emails, finding the right candidates, getting the proper paperwork in order, setting up their accounts, approving their ideas, editing and publishing their work, keeping invoices updated, making sure they get paid on time — all this puts a lot on your plate. The only way to manage all of this and remain somewhat sane is to come up with a process that keeps it all as organized and logical as possible. Set up lists and spreadsheets and stay diligent. Keep in regular contact with your employees to make sure everything’s running smoothly. The bottom line is that you’ve got to stay organized, whatever your process may be, in order to keep your site humming along.

6. Don’t Be Afraid to Get Tough

We’ve only been working with our freelancers for a couple weeks, and already I’ve shot down lots of ideas and deleted drafts that sounded good on paper but weren’t executed well. Some of the writers I’ve brought on probably won’t end up working out and I may need to cut them loose so that I can focus on the ones who are producing great work. You’re allowed to be a hard-ass with your expectations and deadlines because at the end of the day, it’s your business, your money, and your content on the line. 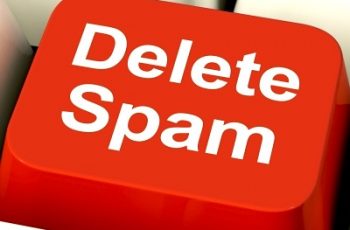 Some of our lead generation clients on the PAR Program …

If you haven’t read the rest of this series yet, … 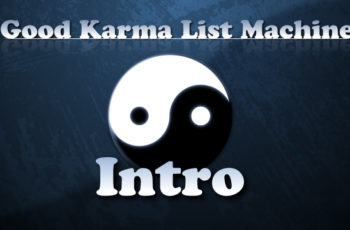 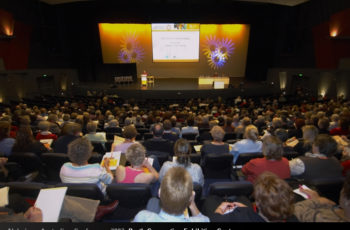 For many many years I went to conferences for one …