This Crazy Little Experiment Could Increase Your Income By 300% 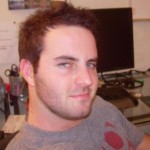 Warning: You need to keep an open mind when you read this.

When I first heard about it, I thought it sounded very “hokey” and I figured there was no way it was going to work.Â  And I don’t believe for one second that you’re going to think that it actually works until you actually give it a try.

Here’s the idea behind it and how I came about it.

About 2 years ago, I came across some blog posts online about an old-school metaphysical teacher named Foster Hibbard.Â  He was pretty popular back in the day, but I havent been able to find any of his stuff online these days.Â  Luckily, Dan Kennedy wrote a book on wealth attraction and included a full chapter just on this experiment that I’m about to tell you about.Â  So between those 2 guys, they are responsible for coming up with this.

Now I’m sure everyone can agree with the saving part.Â  If you save money instead of blowing it, you’re going to end up with more money in the end.

I have no idea why this works, and there’s certainly no mathematical explanation.Â  The only reason I can think of, that makes it work is you’re consistently showing your subconscious mind that money isn’t that big of a deal.Â  And when you realize that money is easy to come by, you’ll start to notice it comes to you in droves.

Now the key to doing this, is you have to be consistent with it.Â  If you just do it sporadically, it will never work.Â  But if you are consistent about it, you’ll start to notice a you’ll make more money, and your mindset will shift when it comes to making money.

Here’s how I did it, when I did my first 30 day experiment…

When I first started I was making around $3500 a month pretty consistently.Â  So I decided I would deposit 5% in a bank account, and donate 5% of it to a charity that I like.

Now this is a crucial part.Â  You don’t want to just do this once a month.Â  You want to ingrain it into your subconscious, so the more you do it the better.

When I started, I did this every 3 days.Â  So I split up my $175 so that I could deposit it and donate it evenly throughout the month.Â  So for one donation I would spend $17.50 and I would deposit $17.50 into my bank account.

I committed to it for 30 days, and right away I noticed a massive difference in the way I thought about money.Â  By the end of the first month, my income started going up, and within about 60 days, my income was up to $5000 per month.Â Â  Since then Ive continued to do this, and my income is much higher then it was back then.

Now, you might think this is all “hocus pocus” and a bunch of B.S., but I urge you to just give it a try for 30 days.Â  You can be skeptical the entire time if you want.Â  Heck, you can even start with donating and saving just 1% of your income.Â  Just give it a try and make sure you make your donations and your deposits consistently.

I guarantee that within 30-60 days, your income will increase – maybe by as much as 300%.Â  I’ve seen that happen before.

Commit to it for 30 days, and let me know how it goes for you!