Why I Don’t Recommend Entrepreneurship to Everyone Anymore 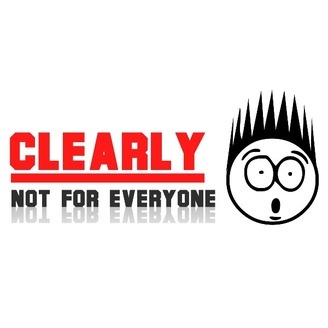 When I got started in business, I really didn’t have a choice. It was either put up or shut up. Make or break. Sink or swim. Not because I thought this was nice to have…or that it was my destiny to be who I am today, but I just HAD to make my business successful.

Since then, I’ve had my share of ups and downs. Sold some businesses, built some cool products, and made a boat load of money. When things were going well, I was on cloud 9. I would see my friends and family members still struggling, and I always wondered ‘why don’t they do what I do?’ I even went up to them and said, ‘hey do XYZ and you can quit your job forever’. Of course, people don’t like receiving advice when they’ve never asked for it. I would be adamant about how everyone should be an entrepreneur, and if anyone would disagree, they were permanently branded as a “turd” in my mental book.

Of course, I’ve changed as a person. What I’ve experienced is nothing in comparison to most people, and while I don’t claim to be better than anyone, I see things differently from most people, and time has given me the benefit of wisdom. So now, when I see people who can barely wake up in the morning to go to a job they hate and come back to a life they hate, I no longer advise them on quitting their job and pursuing business. In fact, even if they’re young and energetic and passionate, if they ask me if entrepreneurship is their path of destiny, I leave it up to them.

Why? Because no matter how rosy things may seem, I can never gauge their inner game.

A perfect example is a team of 2 founders I’ve met: a VP of sales at a large ad network and a brilliant self-taught engineer who turned down job offers from Google and Zynga. They were going around the town, pitching people to give them money to start their own whiz-bang-tech thing they were building. The sales guy was the schmoozer and the engineer guy was the brains. Perfect match: like Jobs and Woz. They managed to raise over $650k from unsuspecting “investors”, most of whom were friends and family.

The typical startup happened. They blew 80% of their money on building their product in a complete vacuum (instead of going out and getting feedback for their beta products)Â and on marketing for a product that had no fit (nor existed). While they stayed lean, their investors were getting antsy. The engineer guy, in the middle of development, had a mental breakdown and disappeared (turns out he went surfing most of the time). The stress, too, had affected the sales guy’s marriage, which was already in bad shape. At the end of that year, the divorce was finalized and basically broke him down spiritually. The worst part? The divorce lawyer and the ex-wife took most of what he had. (In state of California, the husband has to pay for the wife’s lawyers… so imagine if you have 2 lawyers charging you $400/hr EACH.. that’s $800 per HOUR. If you’re in that situation, you’ll wonder if “till death do us apart” includes possible ex-spouse murder.)

At least the engineer guy took a salary and is in his mid 20’s. The sales guy was in his late 40’s and drew nothing.. only to be left with nothing. To make the matter worse, investors took legal action on him (he was the older guy with some assets left so they went after him) to try and get some money back. I don’t know what happened next, but I wouldn’t be surprised if he skipped town … or even the country to save his ass from all these financial obligations.

Now, believe it or not, this is not an extreme case example. This is by far one of the most common startup stories you’ll hear.

When things go bad.. or when you’re not getting the steady paychecks that you were used to, the fear inside your head will knock harder and louder. At first, it may be a little kick…with a little banging…but that fear will only get bigger and bigger. If you are not able to control your fears, this fear will eat you alive.Â When I got started, there were nights that I would wake up in a coldÂ sweat, worrying about when and where my next paycheck was gonna come from.

(If you’re having trouble focusing, a huge part of that comes from fear, believe it or not. Try meditating. Works wonders.)

I’ve seen this over and over again.Â Affiliate marketers who find the riches promoting shady offers that are insanely and unbelievably easy to convert, doing 5-6 digit revenues per day….or entrepreneurs who hit the golden jackpot of virality and their revenue skyrockets. The money goes WAY over their head and they start spending like crazy. With the fast life comes fast cars and fast women.. endless flow of party, alcohol, and drugs.

Imagine there are 20 other companies doing what YOU do. And you tell people that you’re going to revolutionize the world with your new & improved version of that thing you make… that EVERYONE makes. What would people say? “You’re wasting time”…. “it’s been done”… bla bla. So what do you do? Do you listen to them and quit? Or do yourself to make a plan and dream a reality and keep going?

Better yet, when you’re down.. can you keep yourself motivated long enough to get out of the valley, and back up to the peak?

If you ARE an entrepreneur, why do you do what you do? Ever think about that?

What’s funny is that I know an immigrant family that lives not too far from where I live, that are probably in the top 20 of all the people that I’ve ever met in my life. Yet their family’s combined income is less thanÂ what I used to make in one month during my boom affiliate days.

Because at the end of the day, you have your OWN life. You comeÂ home to your OWN family. You sleep next to YOUR wife. It doesn’t matterÂ what kind of icon you compare yourself, because ultimately it’s your own skin that you have to comfortable in.

While I like challenging myself to see how far in life I can take myself, IÂ now know that this path isn’t for everyone. Because some people genuinely get unhappy from taking risks. And that’s ok.

Because we ALL wanna be happy.

I’ll end this post with this awesome story I read, that reallyÂ gave me a great perspective:

AÂ businessman was at the pier of a small coastal Mexican village when a small boat with just one fisherman docked. Inside the small boat were several large yellowfin tuna. The businessman complimented the Mexican on the quality of his fish and asked how long it took to catch them. The Mexican replied only a little while.

The businessman then asked why he didn’t stay out longer and catch more fish? The Mexican said he had enough to support his family’s immediate needs. The businessman then asked, but what do you do with the rest of your time? The Mexican fisherman said, “I sleep late, fish a little, play with my children, take a siesta with my wife, Maria, stroll into the village each evening where I sip wine and play guitar with my amigos; I have a full and busy life, seÃ±or.”

The businessman scoffed, “I am a Harvard MBA and I could help you. You should spend more time fishing and with the proceeds buy a bigger boat. With the proceeds from the bigger boat you could buy several boats; eventually you would have a fleet of fishing boats. Instead of selling your catch to a middleman, you would sell directly to the processor and eventually open your own cannery. You would control the product, processing and distribution. You would need to leave this small coastal fishing village and move to Mexico City, then LA and eventually New York City where you would run your expanding enterprise.”

The Mexican fisherman asked, “But seÃ±or, how long will this all take?” To which the businessman replied, “15-20 years.” “But what then, seÃ±or?” The businessman laughed and said, “That’s the best part! When the time is right you would announce an IPO and sell your company stock to the public and become very rich. You would make millions.” “Millions, seÃ±or? Then what?” The businessman said, “Then you would retire. Move to a small coastal fishing village where you would sleep late, fish a little, play with your kids, take a siesta with your wife, stroll to the village in the evenings where you could sip wine and play your guitar with your amigos.”The fisherman, still smiling, looked up and said, “Isn’t that what I’m doing right now?”