Motive Interactive contacted me today and said they wanted to have a huge contest with the ShoeMoney readers for June!Â  And instead of just having one way of winning, they said they were willing to do three!Â  So you have 3x the chances of winning some awesome stuff.Â  Twitter, blogs and network earnings.Â  So first off, here is the prize list: 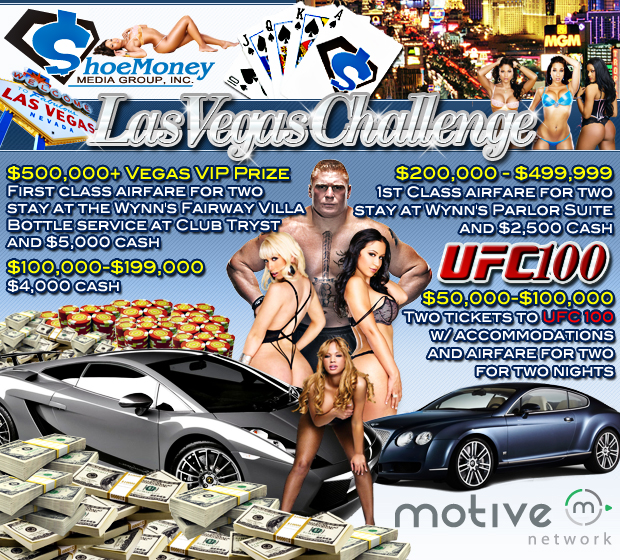 Twitter Prizes
iPod Shuffle – 1 prize weekly given out at random.

Blogger Prize
XBOX 360 ELITE – 1 prize only given out at random at the completion of the contest.

1.) Join Motive Interactive and earn within any of the Commission Levels above during the month of June. Contest tier prizes only awarded to new Motive affiliates signed up through this blog during June 2009.Â  YOU HAVE TO SIGN UP THROUGH THIS LINK TO BE ELIGIBLE

So sign up now with Motive, and start winning some great prizes!

Motive Interactive Contest Rules & Conditions:
For international publishers (residing outside of the US), in the event that we cannot find a company that ships the prize internationally to your country, Motive Interactive will compensate by sending a PayPal payment or bank wire payment (depending on the prize value) for the value of the prize.Â  In order to be eligible for the competition, publishers must be new referrals who sign up under our Motive Interactive referral link during June.
No exceptions. Any publisher caught doing illegal measures such as fraud or being in violation of the Motive Interactive’s Terms of Service will not be eligible for a prize. Prizes for the tiered prizes will be sent out after final numbers are confirmed for June. If departing outside of continental US/Canada, the flight will be coach instead Subject to Wynn’s package terms and conditions.
http://www.visitwynn.com/tc/index.cfm?term_id=41210